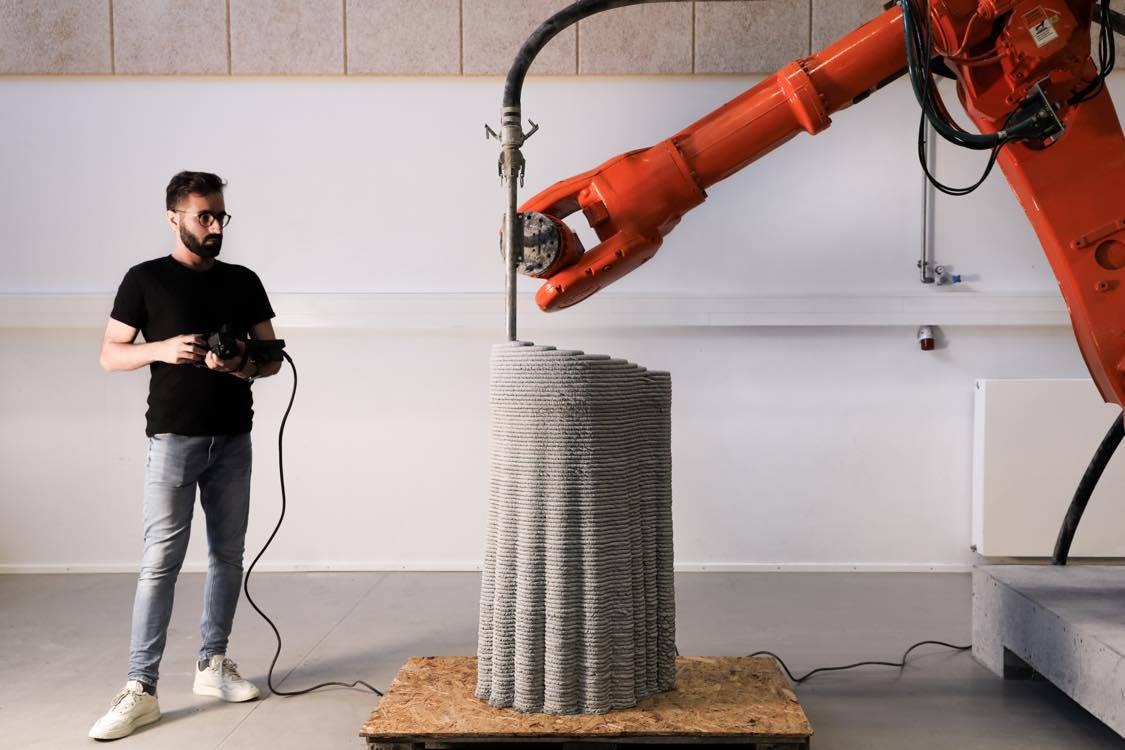 02 Aug FROM OUR MEMBERS: Could There be a Future Without Concrete?

Over the last years, the construction industry has seen increasing societal pressure calling on all its players to reduce their carbon emissions and set a course for a net-zero carbon future. Architects, engineers, manufacturers, contractors, and developers all have a responsibility towards this climate emergency as our industry accounts for 11% of global CO2 emissions.

…concrete is the second most-consumed material on the planet, with 20% of its own weight being released as CO2e in the atmosphere during its production.

There are many factors contributing to this shocking number, but fingers are being pointed at concrete, coined as “the most destructive material on Earth”. Indeed, concrete is the second most-consumed material on the planet, with 20% of its own weight being released as CO2e in the atmosphere during its production. That equates to the weight of 1,000 Eiffel towers of CO2e released in the atmosphere every single day.

As the designers of our built environment declare a climate emergency and start adopting more sustainable design habits, concrete has become a rude word in design meetings.

Is this the end of concrete?

Being so easily available around the world, concrete is a commodity of choice when building as it is cheap and versatile. Concrete also offers a wide array of benefits including durability, high compressive strength, availability, etc.… compared to timber or steel.

So how do we build with concrete more sustainably?

At Hyperion Robotics, we have been rethinking the process of concrete making by developing a technology to 3D print reinforced concrete using our sustainable mixes. Once a robotic arm is equipped with our extrusion system and software, it is capable of placing thin layers of concrete giving it any architectural shape. In addition to this new freedom of design expression, our technology is making concrete more sustainable through:

By depositing material where it is structurally most needed, our topologically optimized elements require less material than monolithically cast concrete elements. Building elements become shaped by the flow of forces rather than the limitations of human manufacturing.

Harvesting the power of our additive manufacturing techniques, 3D printed concrete elements do not require any more formwork to be produced reducing the amount of waste and chemical agents required by traditional concrete making.

Together with our circular material partners, we are developing a low cement content mix using recycled materials coming from industrial waste streams. These materials enable us to replace part of the cement in the mix which is the most polluting ingredient in concrete.

As we produce lighter elements, transportation from factory to site becomes more efficient. In addition, a leaner structure also means that the foundations of a building do not have to carry as much dead-weight as typical, reducing the amount of concrete used underground. This structural diet becomes a powerful virtuous circle.

5. The future of concrete:

Concrete has been used for millennia and is the foundation of our modern societies. Being one of the most consumed materials in the world, it is here to stay despite the numerous carbon regulations being set into place.

However, as a Contech start-up, Hyperion is proposing an alternative way to shape concrete elements. One that is faster, cheaper, and more sustainable through the use of 3D printing reinforced concrete using recycled materials.

At the end of the day, if we are aiming for a net-zero carbon future, the answer is unlikely to be about getting rid of concrete as raw material, but rather learning how to better shape using 3D printing.